· Registered
Joined 10 mo ago
·
30 Posts
Here are exterior photos of the i7 BMW released. If you have or find new photos be sure to add them below.

· Registered
Joined 10 mo ago
·
24 Posts
Here's an expressive futuristic photo series of the i7 that BMW shared not long ago. 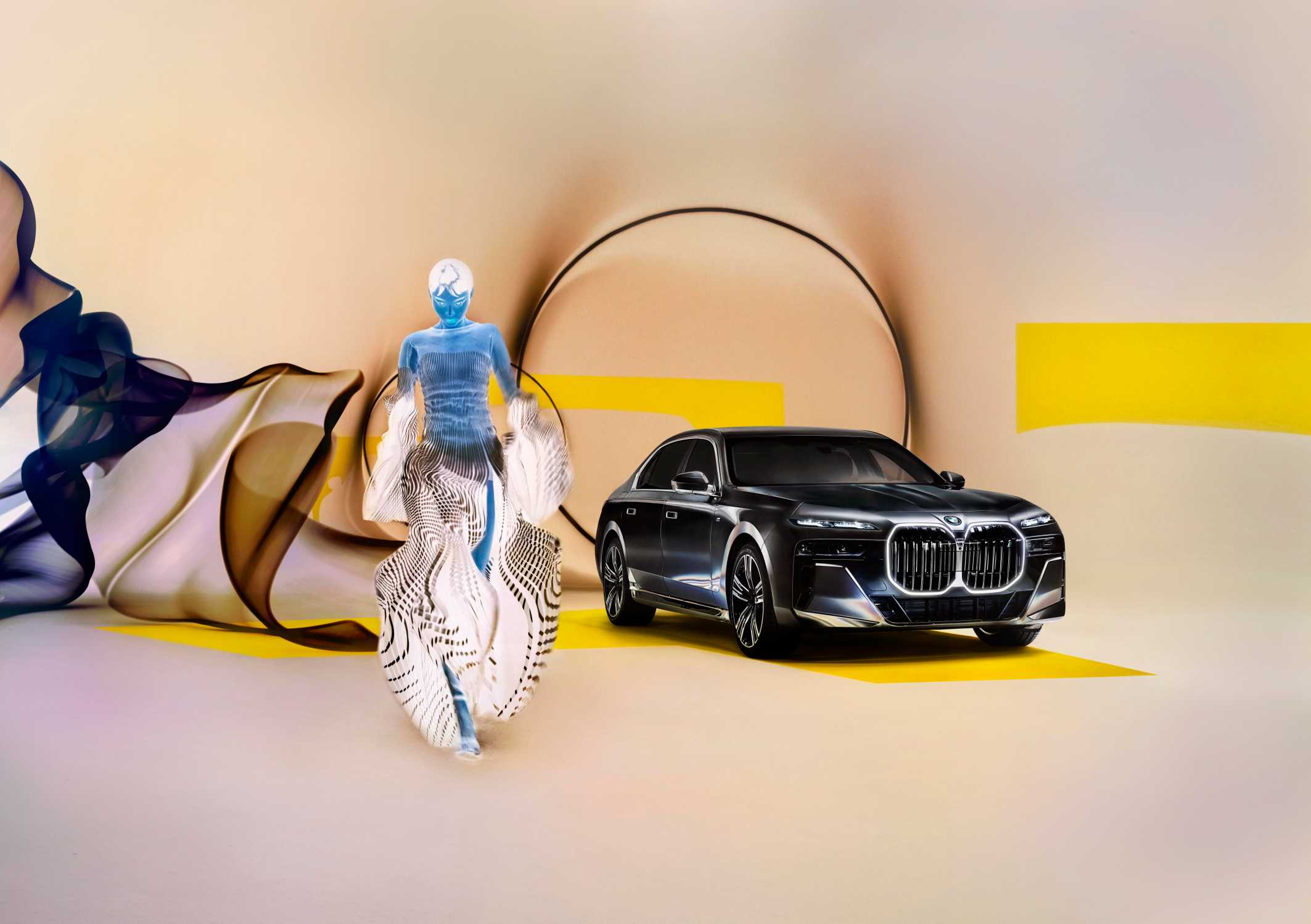 +++ Launch campaign of the new BMW i7 is staged by one of the most visionary and influential fashion photographers of our time +++ Unique photo and video concept turns classic viewing habits on their head +++ The art of seeing tomorrow with new eyes: This is Forwardism +++

+++ Launch campaign of the new BMW i7 is staged by one of the most visionary and influential fashion photographers of our time +++ Unique photo and video concept turns classic viewing habits on their head +++ The art of seeing tomorrow with new eyes: This is Forwardism +++

Munich. The new all-electric BMW i7 ushers in a new era of hallmark driving pleasure and individual mobility in the luxury segment. For the launch campaign of this automotive milestone, the BMW Group collaborated with world-renowned British fashion photographer and artist Nick Knight. "The BMW i7 is engineering at its highest level. Accordingly, it was our ambition to have the car photographed by an internationally renowned artist and staged as a work of art. The extraordinary collaboration with Nick Knight has been very inspiring for all of us. Never before has a BMW been staged in such an artistic and progressive way," explains Jens Thiemer, Senior Vice President Customer & Brand at BMW AG.

This is Forwardism: The new all-electric BMW i7 marks the beginning of a new era, captured by Nick Knight in a unique series of images and videos. The art term Forwardism describes the joy of seeing and feeling the future even before it is created. This concept is about constantly questioning and challenging common conventions in order to have the best possible experiences and create a better future. The result of this photo shoot is an expressive, sensual and equally aesthetically innovative series of images that turns classic visual habits on their head. The photographs and videos seem to be painted with light and take the viewer into a colourful world of new possibilities and emotions.

"I like the idea that Forwardism is about moving into the future rather than referring to the past. For me, this is the only way we can really express ourselves and set challenging goals. That's why I decided to invert the colours for these photographs and to work in a colour space which expresses the idea: “This is new, this is something you haven't seen before”. That was the starting point for this project, to encourage people to think forward. It was especially important to me that it looks different from anything you've seen before", is how Nick Knight describes his work.

Nick Knight is one of the most influential and visionary photographers of our time. For decades, the British fashion photographer has been breaking with classical conventions in his work, constantly exploring artistic and technical boundaries. With his creative collaborations with leading designers, the artist, born in 1958, has established himself as a force to be reckoned with in the world of fashion photography. Through his lens, he challenges conventional notions of beauty, tackles controversial social issues and plays with illusion and truth. He passionately experiments with the latest technologies and combines them with classical photography in his works. And he keeps reinventing himself and his art.

The campaign was realised by the lead agency The Game and directed by the multi-award-winning executive director Thim Wagner. "It was a very great honour to work with Nick Knight. I have been following his work for decades and I know he has always been ahead of his time. That's what connects him to BMW - this sense of "never standing still, always evolving".

Daring, playful and thought-provoking - these are the attributes that have summed up Nick Knight's work for years. The campaign for the market launch of the new BMW i7 could not be described more aptly.